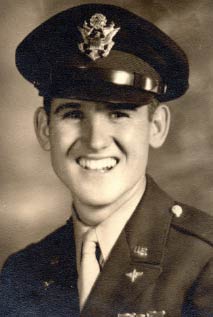 John A. Clark Professor Emeritus of Mechanical Engineering at the University of Michigan, Ann Arbor, received his undergraduate degree in Mechanical Engineering from the University of Michigan in 1948. He earned his Master’s and Doctor’s degrees from MIT in 1949 and 1953 and served on the MIT research and teaching faculty from 1949 to 1957. In 1957 he was appointed to the University of Michigan faculty as Professor of Mechanical Engineering, later serving as a Department Chairman for two terms. He retired in 1988, after 32 years on the Michigan faculty. Dr. Clark has devoted his professional life to the fields of Thermodynamics and Nuclear Power, Space Propulsion Systems and Solar Energy. He has published extensively in these fields and has been the recipient of several professional honors and awards. For over 50 years he has been an engineering consultant in the field of Thermal Processes.

During WWII he served as a B-17 copilot with the 100th Bomb Group, Eighth Air Force, completing 32 missions over Germany. His WWII memoir, An Eighth Air Force Combat Diary, was published in 2001. After the war he flew as a pilot in the 107th Bomb Squadron, Michigan Air National Guard, 1946-1948. He is a Senior Life Member of the Yankee Air Museum. 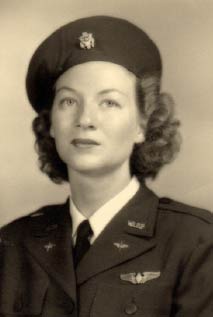 Marie Mountain Clark was born in a small farm house at West Liberty, Iowa, and spent her childhood in West Des Moines, Iowa, where her father established the Iowanola Diary for the breeding of pure bred Guernsey cattle. She was a retired flute teacher and performer having served as Principal Flute in the Drake University-Des Moines Symphony Orchestra, the Ann Arbor Symphony and orchestras in the Boston, Massachusetts, area. She has performed professionally as a soloist and with Chamber Groups and has taught private students in Ann Arbor and Boston. In 1945-46 she served as the Instructor of Flute in the University of Michigan School of Music and in the summer of 1946 was a student at the Tanglewood Music Festival. Marie is a graduate in Music from Drake University and completed Graduate Studies in Music at the University of Michigan. During her high school days she was both a National Champion and Iowa State champion in flute performance.

During the Second World War Marie completed U.S. Air Force pilot training with the Women’s Air Force Service Pilots (WASP). Following graduation in February 1944 she was assigned as a pilot with the U.S. Air Force, accumulating about 1000 hours in military aircraft, including he PT-19, BT-13, AT-11 and AT-6 training aircraft, the P-39 and P-63 fighter aircraft and as a copilot in the B-17 and B-26 bombers. Her military service was at the Las Vegas (Nevada) Air Force Base where her duties included giving instrument flying instruction to male pilots, flying mock fighter attacks on the B-17 “Flying Fortress” and serving as an engineering test pilot for P-39 and P-63 fighter aircraft. She is a member of the Caterpillar Club, an organization of those military pilots who have made an emergency parachute jump from an aircraft. The WASP were the first women to serve as pilots for the U.S. Air Force and were the pioneers that led the way for women to fly today in all the military services. In 2005 Marie published her World War II memoirs in the autobiography: Dear Mother and Daddy: World War II Letters Home from a WASP.

The John Alden Clark and Marie Mountain Clark Scholarship is intended for graduating high school seniors pursuing a major in a STEM, aviation, or aeronautics field at a Michigan-based college.


You could earn a $1,500 scholarship to assist with your degree!

Student must be a full time high school student in their senior year of secondary education (public, private or home school).

Student must be in good standing at their current high school and have minimum of a 2.5 GPA on a 4 point scale.

Student must be pursuing a major in math, science, physics, engineering, technology, aviation or aeronautics.

Student must be a U.S. and Michigan resident.
• One teacher recommendation.
• One professional recommendation (work, volunteer activity, etc.)

Student must be enrolled full time at the institute of higher education.

The deadline for this year’s application is May 1st, 2022 (postmarked and mailed).