Take an in-depth look at our Adventure Aircrafts or see what we have in our Permanent Collection. 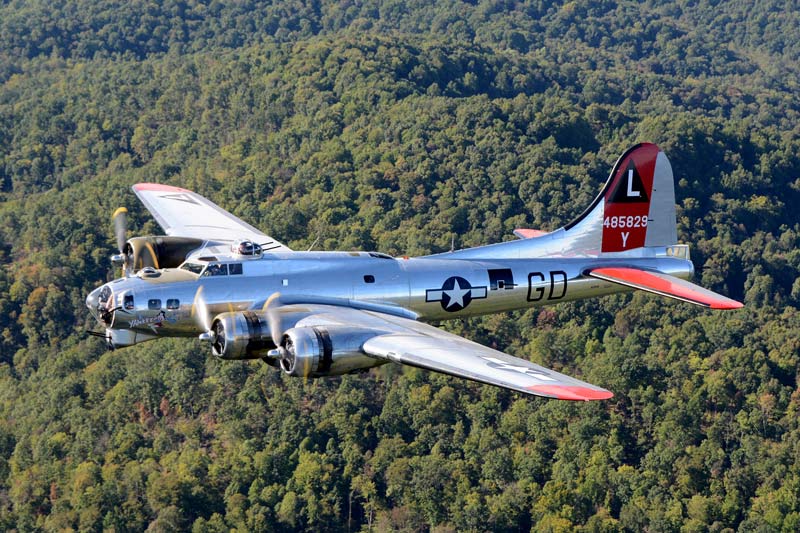 B-17, also called the Flying Fortress, was a U.S. heavy bomber used during World War II. The B-17 was designed by the Boeing Aircraft Company in response to a 1934 Army Air Corps specification that called for a four-engined bomber at a time when two engines were the norm.

Did you know:
In the Pacific, the aircraft earned a deadly reputation with the Japanese, who dubbed them the “four engine fighters.” The Flying Fortress was also legendary for their ability to stay in the after several damaging attacks. 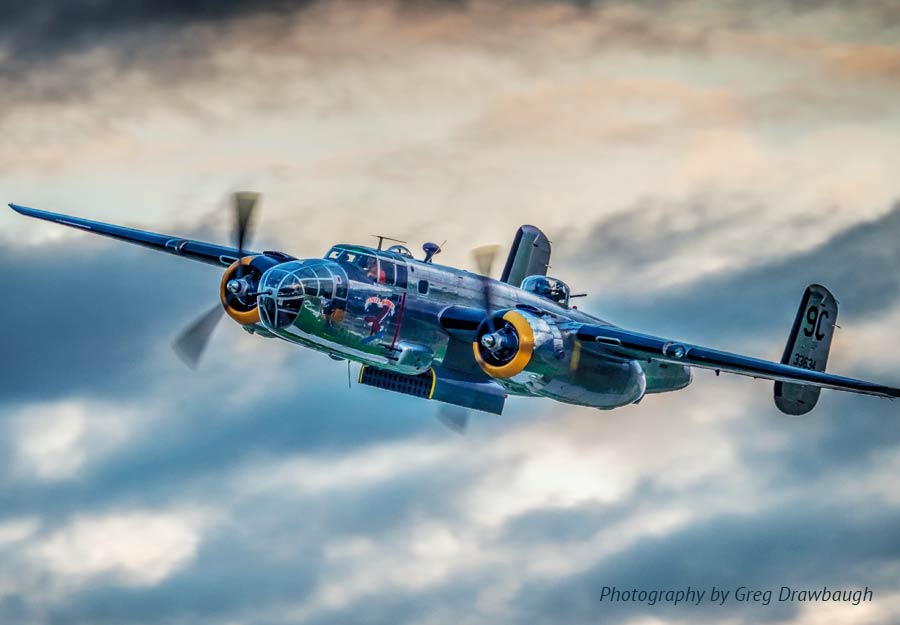 The North American B-25 Mitchell is an American twin-engine, medium bomber manufactured by North American Aviation. The design was named in honor of Major General William “Billy” Mitchell, a pioneer of U.S. military aviation.

Did you know:
During World War II the B-25 became known as the most heavily armed airplane in the world. 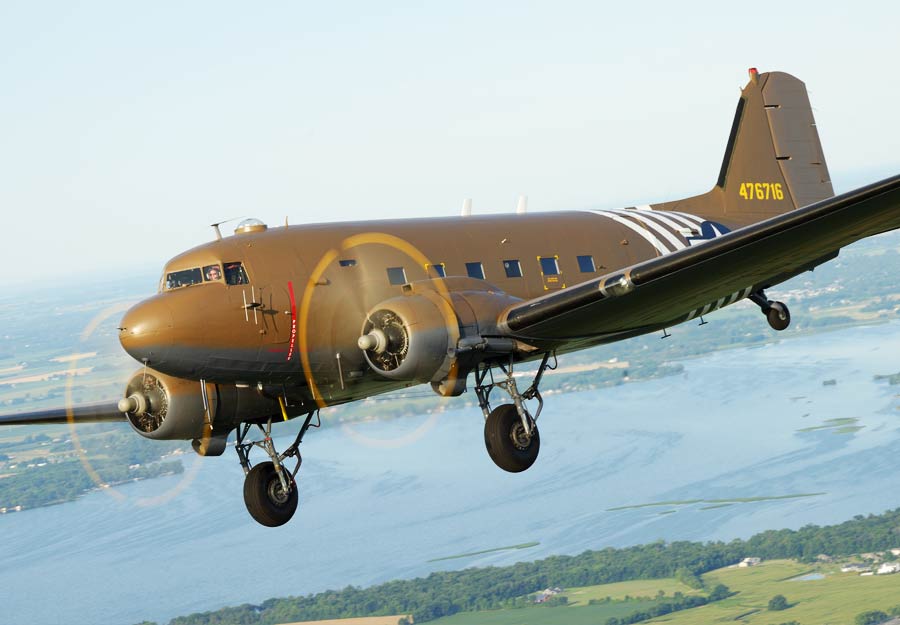 The Douglas C-47 Skytrain or Dakota is a military transport aircraft developed from the civilian Douglas DC-3 airliner. It was used extensively by the Allies during World War II and remains in front line service with various military operators.

Did you know:
General Dwight D. Eisenhower, Supreme Commander of Allied Forces in Europe, termed it one of the most vital pieces of military equipment used in winning the war. 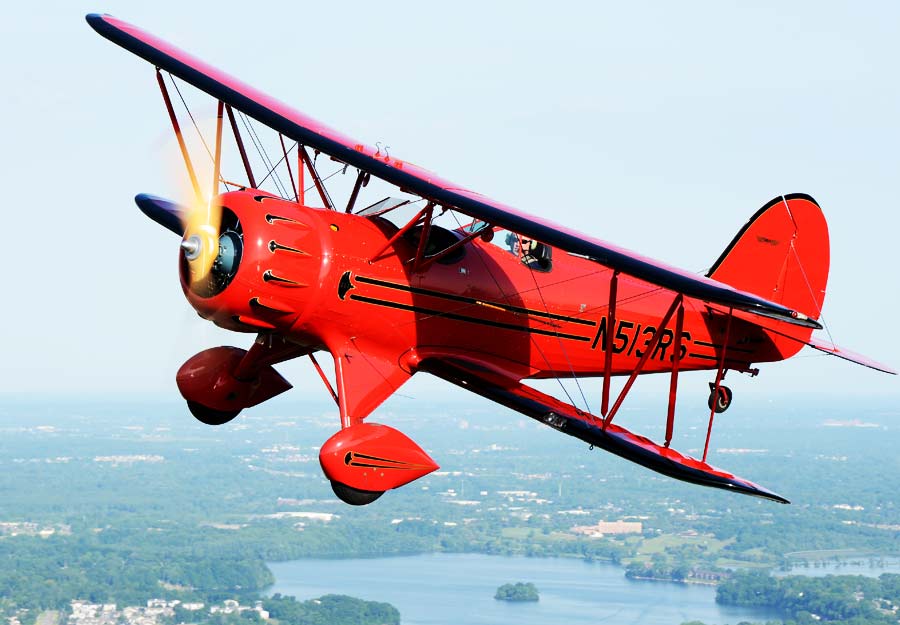 WACO was originally an aircraft manufacturer located in Troy, Ohio, United States. Between 1920 and 1947, the company produced a wide range of civilian biplanes. The Waco name was extremely well represented in the U.S. civil aircraft registry, with more WACOs registered than the aircraft of any other company.

Did you know:
The WACO’s wings are made of wood and are covered in Dacron fabric.

INSIDE AND OUTSIDE THE MUSEUM

We have a growing inventory of static aircraft displays at the Museum.
These aircraft are on display both inside and outside of the Museum, as well as Storage/Restoration facilities. 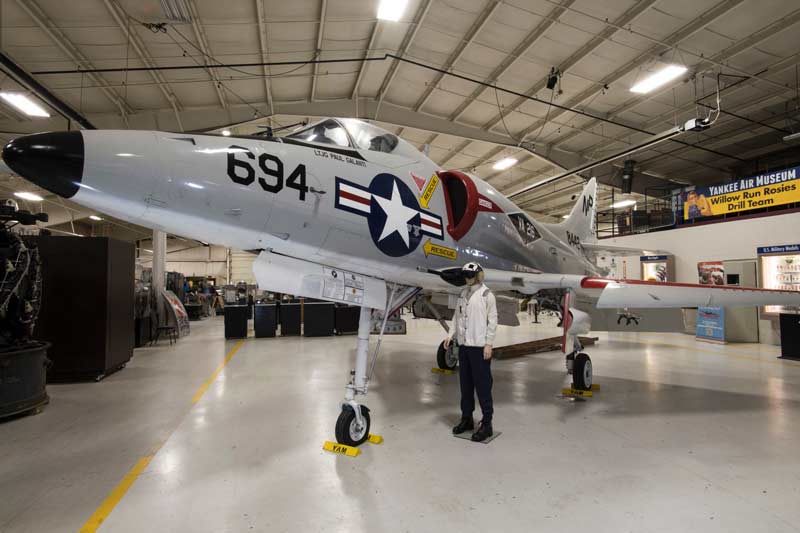 The Douglas A-4 Skyhawk is a single seat subsonic carrier-capable attack aircraft developed for the United States Navy and United States Marine Corps in the early 1950s.

The Douglas A-4 Skyhawk is a subsonic, single seat, carrier-capable attack aircraft that was developed for the United States Navy and Marine Corps in the early 1950s. It is a delta winged, single turbojet engine aircraft that was designed by the Douglas Aircraft Company. This aircraft is lightweight with a maximum takeoff weight of 24,500 pounds (11,200 kg) and has a top speed of more than 670 miles per hour. The Skyhawk can support a variety of missiles, bombs, and other munitions. It is even capable of carrying a bomb load equivalent to a Boeing B-17 bomber, and can deliver nuclear weapons using a low-altitude bombing system and a “loft” delivery technique.

The A-4 played a pivotal role in the Vietnam War as the U.S Navy’s primary aircraft. Skyhawks carried out some of the first air strikes by the U.S. A Marine Skyhawk is believed to have dropped the last American bombs on Vietnam. From 1956 onward, Navy Skyhawks were the first aircraft to be deployed outside of the U.S. armed with the AIM-9 Sidewinder missile.

Yankee Air Museum received the A-4C in December 2016. The aircraft is on long-term loan from the National Naval Aviation Museum. The A-4C is painted to represent A-4C BurNo 148442, assigned to the VA-216 NP-694, based aboard the USS Hancock. The paint scheme is to honor Paul Galanti, former A-4C Skyhawk pilot and POW.

The A-4C aircraft display is sponsored through the generosity of Mr. Bob Lutz, USMC Naval Aviator, who flew A-4s during his military service. 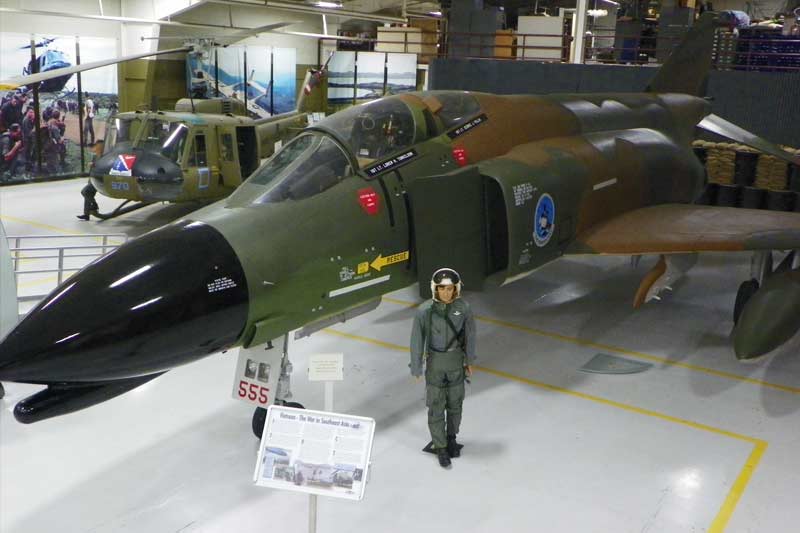 Did you know:
The only aircraft used by both U.S. flight demonstration teams: the USAF Thunderbirds and the US Navy Blue Angels. 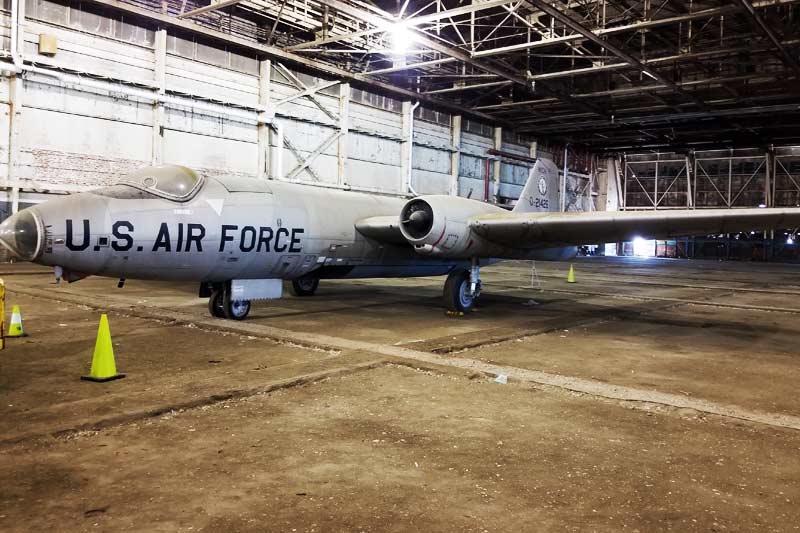 The Martin B-57 Canberra is an American-built, twinjet tactical bomber and reconnaissance aircraft that entered service with the United States Air Force in 1953.

Did you know:
The B-57 Canberra holds the distinction of being the first jet bomber in U.S. service to drop bombs during combat. 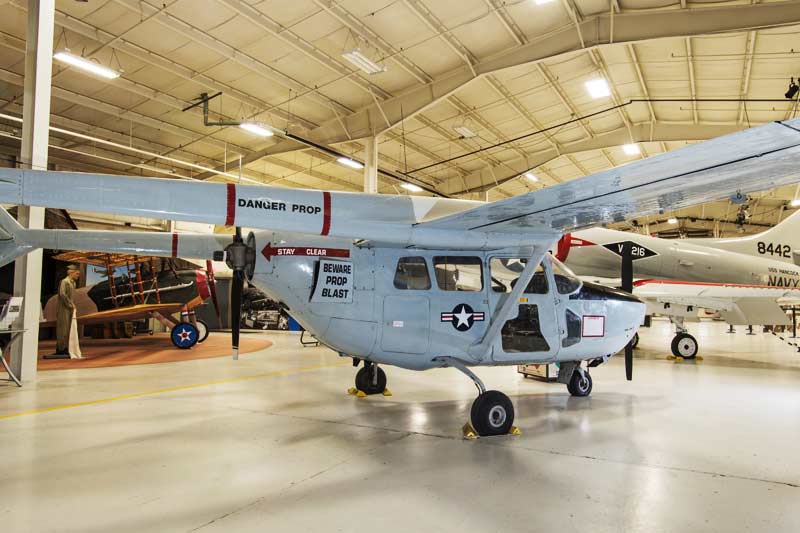 The Cessna O-2 Skymaster is a military version of the Cessna 337 Super Skymaster, used for forward air control and psychological operations by the US military.

Did you know:
The O-2B was equipped with loudspeakers and a leaflet dispenser for use in the psychological operations during the Vietnam War. 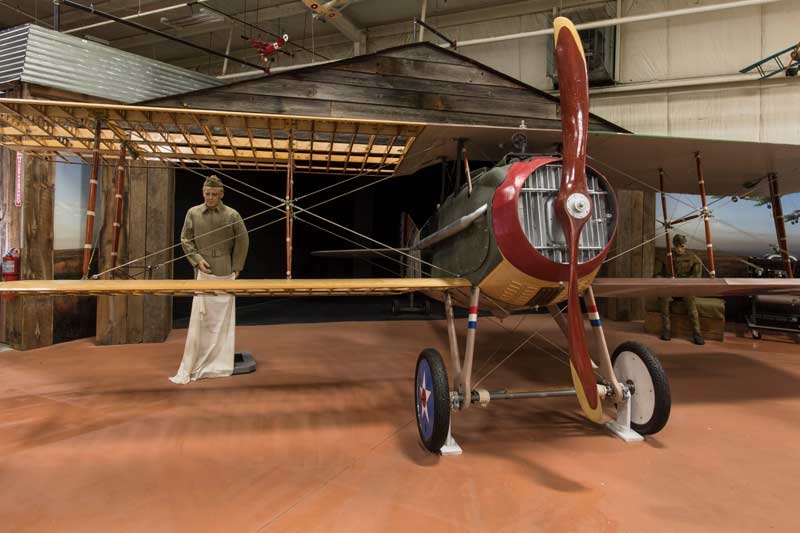 The SPAD S.XIII was a French biplane fighter aircraft during the First World War.

Did you know:
THE SPAD was armed with an unusual 37 mm (1.457 in) cannon that fired through the propeller shaft.

A complete list of aircraft on display inside and outside of the Museum, as well as Storage/Restoration facilities.

A GIFT OF ADVENTURE

Give the gift of adventure with a gift card that can be applied to fly on one of our beautifully restored World War Two Bombers, or feel the past while flying in the C-47 Hairless Joe, or travel back to the gilded age with a flight in our open air cockpit, the Waco Biplane. Give the gift they will celebrate year round! 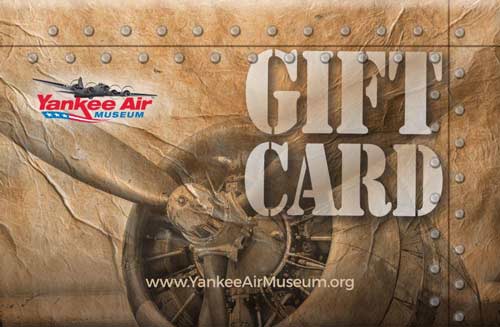