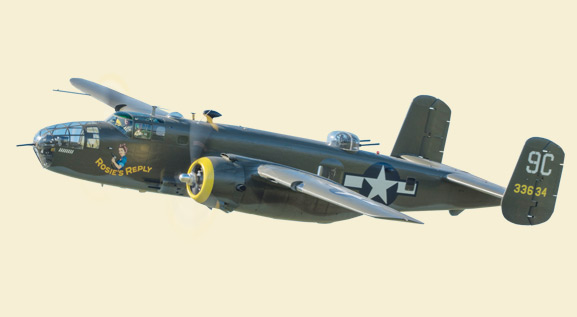 Founded in 1981 and located in Southeastern Michigan, the Museum quickly grew when it acquired its flyable aircraft, B-17 Flying Fortress, B-25 Mitchell Bomber, and C-47 Skytrain, offering the public the chance to fly in some of America’s most iconic aircraft. In 2004, the Museum experienced a fire that destroyed the original World War Two building that the Museum was housed in, along with most artifacts and aircraft. The efforts to rebuild began immediately, which allowed the Museum to reopen in 2010 in its current location.

Following the success of the Save the Bomber Plant campaign, the Museum purchased a portion of the Willow Run Bomber Plant that produced B-24 Liberators during World War Two. In 2013, the Museum was able to purchase 144,000 square feet of the Plant. The building is currently being used to house and protect of the Museum’s large aircraft acquisitions.

Since the reopening in 2010, the Museum has experienced rapid growth both in their collections as well as in their public programming. The Museum has acquired a dozen static aircraft, five historic flying aircraft, and continues to open exhibits annually. In 2017, the Museum became a part of Unity in Learning, a partnership that brings together the Ann Arbor Hands-on Museum, Leslie Science and Nature Center as well as the Yankee Air Museum in educational programming with a STEAM background.

The Museum’s Air Adventure program was previously located at Hangar 1, approximately five miles from the Museum. As of 2018, the building was decommissioned for aeronautical use, meaning the aircraft had to move. The Museum completed building its own Roush Aeronautics Center in the summer of 2022, which is now a permanent home for their Historic Flying Aircraft Collection. The Center is only blocks away from the current Museum.

The Museum continues to build upon their mission to educate individuals through the history of American aeronautics, aerospace industries and their associated technologies while inspiring generations through personal experiences to instill pride in their national accomplishments.

WHAT DO WE HAVE PLANNED FOR THE FUTURE? 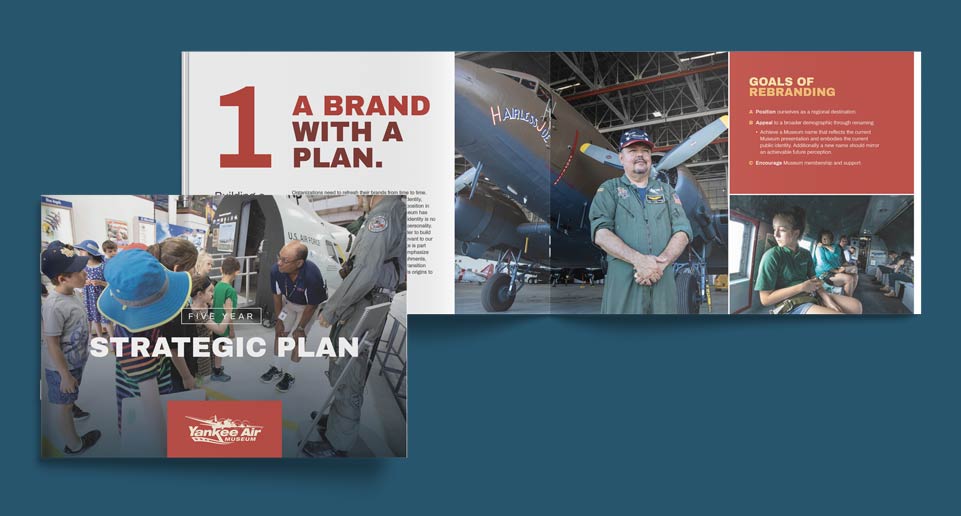 THE YANKEE AIR MUSEUM STAFF
AND BOARD OF DIRECTORS

Staff & Board of Directors 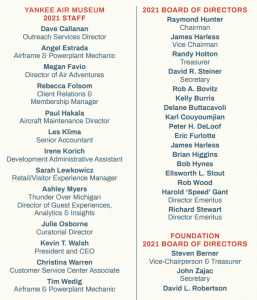 The Yankee Air Museum dedicates itself to educating individuals through the history of American aeronautics, aerospace industries and their associated technologies while inspiring generations through personal experiences to instill pride in our national accomplishments.